Rob McLeod, a resident of Calgary, Alberta, Canada set a new WFDF and Guinness World Record in Thorhild, Alberta on October 14, 2012 when he threw a frisbee 134 yards (402 feet) to his canine teammate Davy Whippet, breaking the record for Distance to Canine Catch which was set in 1994, more than 18 years ago.

“This has been a dream of mine since I started competing with Davy just over a year ago,” said McLeod. “For me to be able to say that Davy has caught further than any other dog means a lot.” 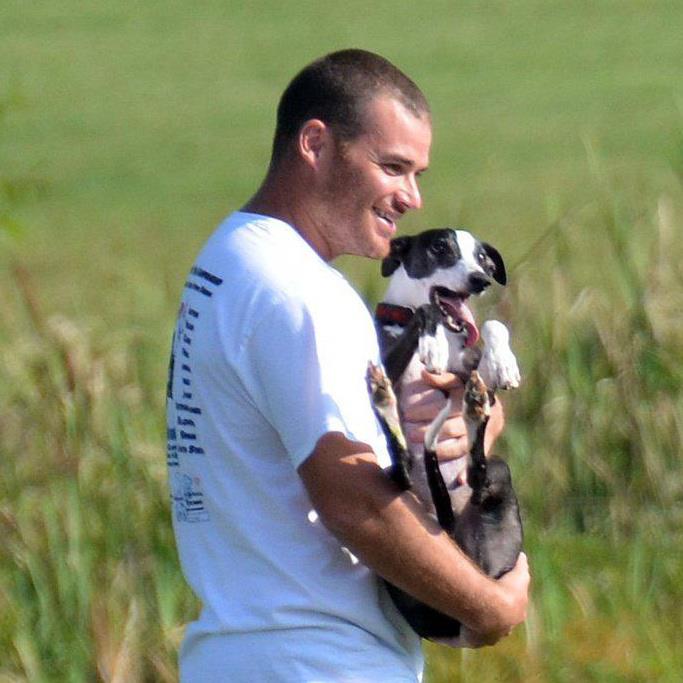 With this latest accomplishment, Davy Whippet becomes the first dog to officially catch a flying disc over 400 feet, which is impressive since Davy covered that distance in about 10 seconds before catching the disc. In the past 9 months, Davy and Rob have set 4 World Records, won 2 World Championships and won the Quadruped National title.

In addition to competing in distance competitions, Davy and Rob have performed demos for the Edmonton Rush professional lacrosse team, in front of hundreds of fans at the Rainmaker Rodeo and for kids camps with the Calgary Humane Society. What’s up next for Davy and Rob? Only time will tell but you can be sure it will involve Rob throwing far and Davy running to catch it.